I listened to a YouTube video the other day... a presentation by James Clear at a ConvertKit event so they could learn about "Atomic Habits."  I think I already shared about my watching several videos about this book.

There were three Strategies that really got me to thinking...

TODAY has been a day of changing my environment to work better. That is another Strategy.  I was already doing this, or planning to - I can't recall  :-)  -- so it was a great activity for me.  It is becoming a really good choice for me.
Going through my past records is still an unfinished task.  I needed a way to store the ones I want or need to keep.  I have a new option to try now.  It is going to help.
One of the examples on the video was how he made a commitment to post on Mondays and Thursdays.  Consistently.  And it led to increasing his followers.  Over time.  I imagine the content was also part of the ongoing improvements.  :-)   It helped me to remember the goals I had and past efforts, like my year of looking for a million $5 supporters.  So I will be trying to find a good posting schedule.
Prepare yourself!  :-)
In Christ,
Deborah Martin
work2gather.us
Posted by Deborah Martin, Owner at 9:08 PM No comments:

FAITH :: June is a hard month for me now.

I keep wondering what is coming for Americans who have a Faith in GOD, for the Jews, for anyone who doesn't agree with the more aggressive powers that are against us.

In days that are very hard, I try to understand those who have suffered under other oppressive groups, including the Blacks and Migrants and Asians, plus those in other countries in the past and now. I have seen movies, news reports, books and videos, but that doesn't equal experiencing these painful moments myself. I have had struggles for various reasons, but not the violence of death for doing nothing but be in the wrong place at the wrong time.

The Bible has examples, so this is not a new problem.

How hard it is to know freedom and then be forced to submit to those who are over us -- when we don't agree.  Obamacare was the first big US mandate that affected the entire nation.  Now we are dealing with COVID restrictions and increasing government control.  The methods that a conquering power uses are not always soldiers and guns, but I do think those were threatened or used in the mask issue.

When we think of the Antichrist, we can see what it will mean to submit to government... much like the people who were overcome by Hitler.

It is so hard to imagine America becoming a nation of mandated citizens, no longer free, forced to do what the government decides we must do, dependent on the government for our survival.

This month is now a hard month for me.  All the PRIDE issues connected to the LGBT Community have made it a hard month now.  Every time I see their abuse of GOD's rainbow I feel their hatred of Christians... of GOD... of anything and anyone with Faith.  Life has changed into a constant battle to understand why, to fight the oppression of this group of people, and to pray GOD will reach their souls with His Truth.

How do we stand in our rights, our faith, in a world that is becoming more and more angry and violent against all that is good?

Today is a day when the rainbow is a battering ram against my GOD.

I feel the oppression.  I feel helpless to change it.  I feel lost in the reality of prophecy.

I keep praying for answers to these questions, to find a way to stay me and not be attacked by those who disagree with my GOD.

Have you found a way to do that?

Posted by Deborah Martin, Owner at 7:59 PM No comments:

I plan to get to my posting activities so many days...then it gets late and I go to sleep.  I was just doing that when I noticed the date on my last post.  Where did the whole month of MAY go!!  I don't know.  It's already heading into the 7th of JUNE.

I decided to send out a few words before my end of day.

Right now my big quest is to do weekly shopping according to a budget.  It's a lot harder than I thought it would be.  Getting to the store when I need to seems to be part of the problem.  The other big issue is how to replace my food staples along with the weekly fresh produce goal.

This month I created a budget tracker to help me get a visual look at the boundaries for this effort.  I had to revise it after starting to fill in the details of the process, but it looks like a way to sort out the money issues.  We'll know after this month.

I'm already way over my first week's budget because I did my main shopping at a different store, then went to my regular shopping place for refilling my cupboards.  If I can keep to the budget I worked out today, I will make it through OK.  Next month I will have it figured out better, for all four weeks.

The first week of the month is the main shopping time.  I need to replace a lot of things I used up.  I end up buying more than I need to.  SOOOOOOO, my plan is to spread that buying through all four weeks... in JULY.  :-)

Right now, I have to use all the fresh produce I bought because it was at a sale price and getting to a store is still a problem.  This is a serious budget issue.  I will be working on how to spread my food out over the month so I can make it to next month.

Faith issues are a daily struggle.  I am looking for GOD's answers to the problems I face in my life, and how the larger Body of Christ is surviving those same problems.  We are facing so many hard choices, consequences to years of not seeing the battles or not doing anything about those battles, and increasing persecutions by the Enemy and those who are his soldiers.  Prophecy can't be stopped, but how do those of us who believe in GOD and are saved by Christ find the path to the future?  I'm not sure.  I keep seeking GOD's answers.

Let me know if you have found any of those answers.

Well, I need to end this now.  I will try to be better at sharing my life and thoughts with you this month and beyond.  I am looking for a workable pace, a schedule I can live with, and how to focus my activities on what matters most. 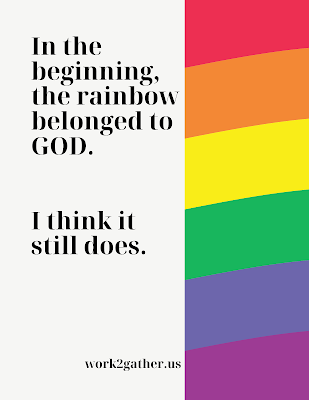 Posted by Deborah Martin, Owner at 10:19 PM No comments:

Deborah Martin, Owner
In 1975 I entered the US Welfare system thinking it would help me to provide for my son and myself. I expected to overcome my poverty within two years. In 1987, after years of struggling within a variety of difficult economic situations, I created the foundations of Working Together and registered it as an Oregon corporation. Unable to secure start-up funding, I tried to acquire an educational degree. Various family issues have delayed the start of Working Together, but I am confident God will provide the financial foundations for Working Together at His appointed time. He will finish what He has started. While Working Together may be owned by me on this earth, its true owner is God. I strive to incorporate His Will into its programs.